Sorrento is a popular tourist spot just outside the city of Melbourne, it is also extremely popular with locals too. The beaches here are almost pristine, and there is little problems with litter which plague some of the beaches closer to the Melbourne central business district.

Another big attraction to Sorrento is the fact that there is access to two beaches within the one suburb, located on Point Nepean, this is the southernmost tip of Victoria’s Port Phillip Bay, the peninsula itself is known as the Mornington Peninsula.

In Sorrento, the northern beach extends out into the bay itself, while the southern end leads to Bass Straight, the 7 to 9 meter deep sea which extends all the way to the island of Tasmania.

The Bass Straight end is very choppy and dangerous for swimming, there are also a lot of rocks making swimming there difficult and at some times deadly, as once prime minister of Australia Harold Holt found out on a beach not far from here, taking a swim not long after becoming prime minister, Harold Holt was swimming with a few youngsters from the area when he suddenly went missing.

It was later found that he had been recently prescribed a strong pain killer, and this likely caught him by surprise as he was unable to swim back to shore with his usual level of fitness. This incident lead to the Australian saying “Doing a Harry” or “Done a Harry”, meaning ‘here one minute, then vanishing without a trace’.

While the beaches of this region may be dangerous, they are a bit of a dream for the fisherman and fisher-woman out there. Beach fishing in Victoria is great when you are this far out on the peninsula, with the Bass straight side great for land based sea fishing, and the Port Phillip Bay side being perfect for night fishing.

Using fishing lures however is often not as good as bait fishing here, as pier fishing is often varying, it is much better to simply set up with a paternoster rig on the southern beaches, here the waves get pretty big, and while the other side of the peninsula to the east is a surfers dream, the massive amount of shark rocks on the Western side (where Sorrento is), means that although the surf is as fierce, there are rarely any surfers or swimmers to worry about. This lack of human activity means that the native fish species found in this area are not prone to hiding out of range of the beach, as they are on the Port Phillip side, which sees swimmers constantly during the day.

When rigging the sea side of Sorrento, place a heavy sinker that will get you some good distance, while still holding your baits strong in the water. The best baits are often peeled prawn or squid strips, these regularly do well when fishing for whiting, and have the liking of other great catches like Snapper, Bream, Flathead and potentially Gummy Shark.

Snapper and Bream are both a similar species, a both a great bream shaped which are both prepared and eaten the same way, the size limit for this species is 26cm however, so if yours is smaller than this it will need to go back. Don’t let this put you off however, as pulling in Snapper to 50cm is very possible here provided your cast is out deep enough! These fish are easily killed by a quick hit to the head, and filleting is done from the dorsal, around the spine and down along to the stomach, following the central bone lines of the fish. These are best cooked deep fried, in some flour dough batter. If filleting the fish is an issue for you, they can be killed and gutted, then cooked whole as is in the deep fryer too!

Flathead and gummy shark are a little different to fillet, but both have minimal bones and the side fillets of the body contain the most meat, we recommend looking these up on youtube however for perfect filleting tip’s, as it is a bit difficult to explain in such a short post, pictures tell a thousand words as they say, or in this case, maybe 5000, so a quick 5 minute video will teach you more than a good hours reading!

On the other side of the bay at night produces great fish too, whiting and bream is possible, but most likely you will be hooking up onto toadfish (careful of these they are toxic, best to just cut the line and let them be, they are very small, toad like looking fish, as the name suggests), baby mullet (the best live bait you will find in Victoria, with no size limit!) or skate sharks such as gummy sharks (They look like little bull sharks, but luckily they have no teeth so they are completely harmless!)  and banjo shark (a stingray shape, nice brown / green patterns on them and a thick tail end, also completely harmless and teeth free, but these do not have much meat on them, so best to just catch and release).

For a great night or early mornings fishing on the bay side, if you happen to catch a small baby mullet (a trout shaped fish with minimal to no pattern that grows to about 40cm), you can leave your original hook in it’s mouth, then rig up a secondary hook from your main line to hook lightly through the mullets tail, then cast him back out again and give him a lot of slack line, normally after about 30 minutes your line will go crazy with a gummy shark, snapper or flathead on the end, give him some time to run before setting the hook, the hook from the tail of the mullet will hook the target fish, casting them out without this tail hook however, normally just pulls the hook directly out without a hook up (learnt the hard way here!).

Another great thing about Melbourne is there is often no shortage of places to buy bait, and if you need fishing gear, you can get most things from fishing online stores, such as the popular locally based online store called Ultimate Fishing, which deliver what you need straight to your hotel or other accommodation!

We hope this inspires you to visit Sorrento in Victoria, get in some great Sea fishing during the day, then spend the night fishing the bay side for some more relaxing fishing fun! 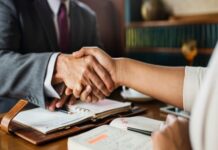 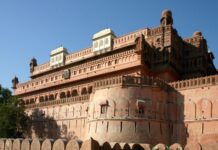 Things you need to know before going for Hajj

All the activities you can do in Dubai

Best tips for your boat vacation

Don’t Leave it to Chance – Book Your Airport Transfer Today.

A Thrilling Adventure Vacation Is Simply A Look Away

Don’t Leave it to Chance – Book Your Airport Transfer Today.